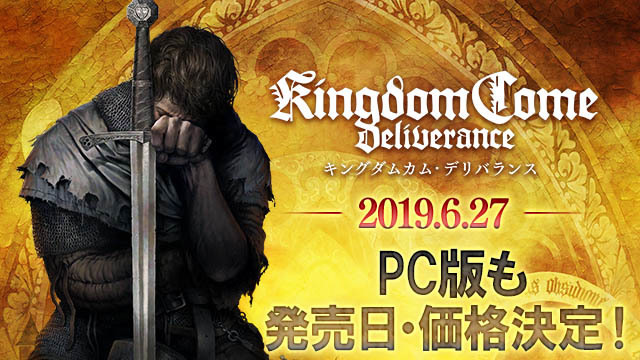 Warhorse Studios s.r.o. , Czech video game developer, has announced that they will release the Japanese version of "Kingdom Come: Deliverance" for PS4 and PC through a Japanese supplier DMM GAMES on 27 June 2019.

Since its first release in 2018, "Kingdom Come: Deliverance" has sold two million copies worldwide. It’s an impressive effort, particularly for the first game in a new IP. Interestingly, however, a massive chunk of its sales have come from PC – more than 55% of all copies sold were for PC, with the Xbox One and PS4 combined were responsible for the remaining 45%.

Kingdom Come: Deliverance
Story-driven open-world RPG that immerses you in an epic adventure in the Holy Roman Empire. The year is 1403, the region Bohemia, located in the heart of Europe, rich in culture, silver and sprawling castles. The game is based on a true story – a story of kings, heirs, a kingdom, castle sieges and bloody battles.