Launching of the Czech Presidency of Visegrad Group in Japan. 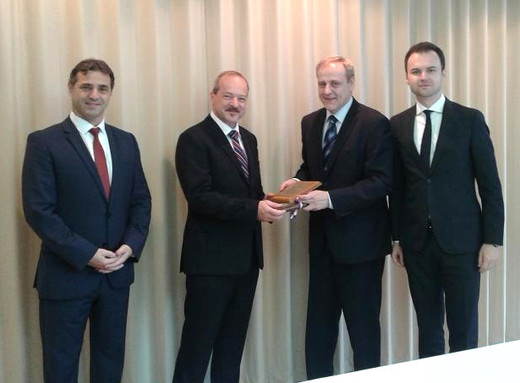 Article and photo was used from Embassy of the Czech Republic in Tokyo.

During the Slovak presidency many cultural activities took place in the framework of the „Year of the Exchange between V4 and Japan“ as well as seminars on cooperation in the field of Science and Technology - the main theme of the past presidency.

Under the Czech presidency focus of activities in Japan will shift back on policy and security dialogue. Practical cooperation in the fields of culture, tourism and S&T will continue. Detailed information on upcoming events will be availble through website of Embassy of the Czech Republic or Czech Chamber of Commerce and Industry in Japan (CCCIJ).