Report 1: Visit of the Czech Republic in June 2015, report from the meetings.

Visit of Delegation from Japanese Embassy in the Czech Republic, CCCIJ and ZONER software to Elmarco s.r.o. in Liberec
Taking an opportunity of CCCIJ Chairman Mr. Roman Watanabe and Vice Chairman Mr. Kaz Nomoto’s business trip to Czech Republic, Mr. Nomoto contacted First Secretary of Embassy of Japan in the Czech Republic in order to arrange a meeting in Prague. Japan Embassy responded that Mr. Yamakawa, the Japanese Ambassador has a very strong interest and intention to visit Elmarco facility in Liberec in order to see technology and products of a well-known Czech company, so proposed our meeting not at Japan Embassy in Prague, but at Elmarco facility in Liberec.

Both, Japan Embassy in the Czech Republic and CCCIJ tried to invite several related people to come to Elmarco in Liberec together so that many people could meet in the one place. Such visit and meeting was held from 10:00 am on Tuesday, June 16, 2015 at Elmarco s.r.o. in Liberec. 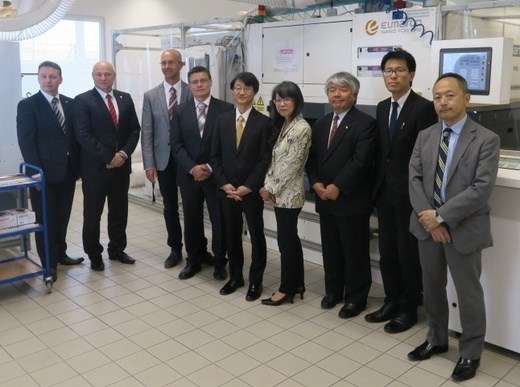 Mr. Masopust reported that 2014 was the best year ever for Elmarco.  New model, NS LAB was unveiled in January 2014 at Nanotech show, in Tokyo, Japan because this low end model was developed in order to expand business for broader ranges of customers, and more than half of this model is currently sold in Asia. 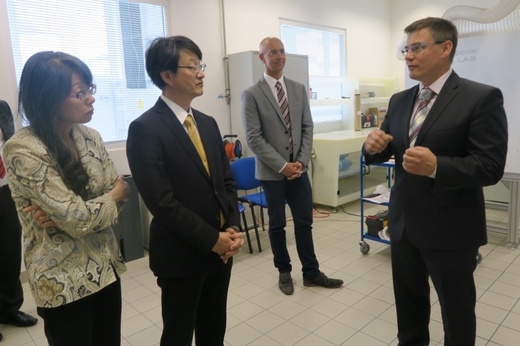 Ambassador Mr. Yamakawa asked what are main obstacles for Czech companies to make a decision to enter into Japanese market. Mr. Watanabe responded 1) local language and 2) geographical distance.
Mr. Masopust added 3) fear of Japan, as economically very powerful country, 4) culture differences. In order to minimize such obstacles, to appoint local management as the top of Japanese branch company like cases of Elmarco or Zoner software are beneficial.

Mr. Watanabe reported that CCCIJ increased numbers of members very rapidly recently after the annual general meeting.  Ambassador Yamakawa is very impressed and congratulated such expansion of organization in short time. Update of some sister town or friendship relationship between Czech and Japan, such as Prague & Kyoto, and Liberec & Ueda are discussed and exchanged.

Mr. Murakami mentioned that JETRO has a program to give special support in terms of collaboration between a region in Czech and a region in Japan, and this special support can be applied for a relationship between Liberec and Ueda. But in this case, Japanese side, which is Ueda City, has to raise a hand first.

Mr. Watanabe and Mr. Behro invited Ambassador Mr. Yamakawa to visit ZONER software in Brno in the near future, and Ambassador Yamakwa very appreciated for such offer. 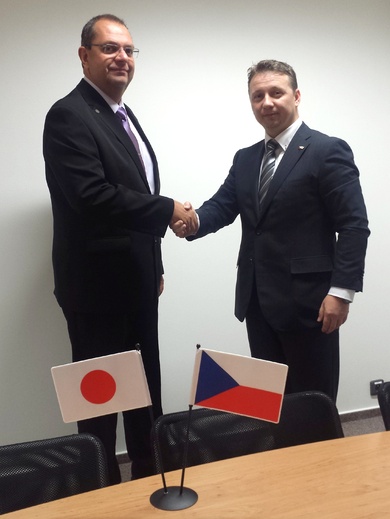 During visit of Delegation from Japanese Embassy in the Czech Republic to Elmarco s.r.o. in Liberec, Mr. Watanabe, CCCIJ’s Chairman and Mr. Nomoto, CCCIJ’s Vice Chairman took opportunity and discussed with Director of District Chamber of Commerce in Liberec with Mr. Martin Prochazka who was also participated on delegation and visited Elmarco facility in Liberec in order to see technology and products. With Mr. Prochazka CCCIJ leaders discussed future cooperation and organizing of local Business seminar for Liberec companies in the future. Some Liberec companies may have interest for Japanese market and more detail information.

One point of our partnership we discussed is to pre-link our websites to declare our cooperation and exchange information from both sides.

We also discussed about cooperation with Ueda City in Nagano Prefecture and reported activities we have done for last 2-3 years together with Czech Embassy in Tokyo. Mr. Prochazka was very interested regarding this partnership project and advice to start discussion with City Hall of Liberec. 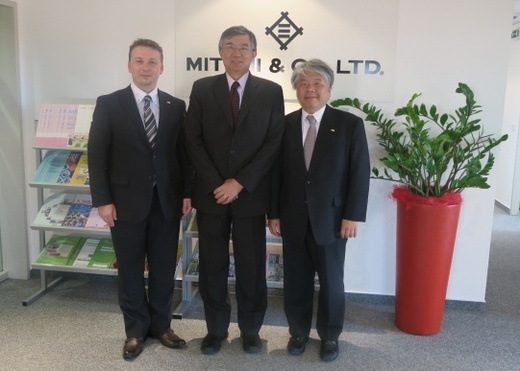 Mr. Watanabe gave a report about history and update of major CCCIJ activities, and asked continuous collaborations between two chambers. Mr. Kumagai responded with his agreement and full support to deepen relationship between two Chambers. Mr. Kumagai invited Mr. Watanabe and Mr. Nomoto as special guests to participate their monthly board meeting which will be held in Japanese Chamber conference room in the evening on the same day.

Per invitation by Mr. Kumagai, Mr. Nomoto visited Prague office of Japanese Chambers of Commerce and Industry in the Czech Republic in the evening on Wednesday, June 17, 2015, and joined their monthly board meeting as a special guest. In the beginning of the board meeting, Mr. Kumagai introduced Mr. Nomoto to all boards members, and introduced CCCIJ quickly as the partner.